The eighth round of talks between the Centre and farm unions, which saw raised voices and increased tensions, ended without any resolution to the ongoing stalemate over the repeal of three farm reform laws.

Union Agriculture Minister Narendra Singh Tomar on Monday expressed hope that a solution will be found to the demand of agitating farmers during their talks with the government on January 15. 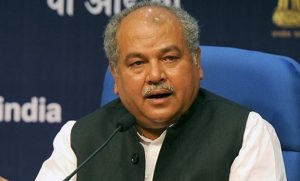 “The issue of farm laws is before the Supreme Court and I do not find it necessary to comment on it. The next round of talks with the farmers is scheduled for January 15. I hope we will find a solution,” Union Minister told to the reporters.

The stalemate between the government and farmer unions persisted even after the eight round of talks on January 8 with the farmers insisting on their demand for the repeal of the new farm laws. The government had asked farmer unions of “give an option other than repealing”.

Farmers have been protesting on different borders of the national capital since November 26 against the three newly enacted farm laws- Farmer’s Produce Trade and Commerce (Promotion and Facilitation) Act,2020, the Farmers (Empowerment and Protection) Agreement on Price Assurance and Farm Services Act,2020, and Essential Commodities (Amendment Act, 2020

The 7 sorts of rest that each individual requirements

Youth Parliament would go a long way in strengthening spirit of democracy in keeping with Motto of nation first: Lok Sabha Speaker

Anti-cracker campaigns to be organised by the SDMs...