hile addressing the shareholders of Adani Group recently, Group’s Chairman Gautam Adani said that Indian economy is at the start of a virtuous cycle and on the path to becoming a USD 15 Trillion economy over the next two decades.

At one end Robots and A.I. shall make every Indian households, Indian enterprises, Indian Govts. more productive, value adding, scalable with predictable operations and revenue growth, at the other end India need to create a million of Global brands, which may push consolidated Market Cap. of Indian companies beyond $50T in coming decades. So, with help of Technology and a million Indian global brands with booming Market Capitalization it is possible to build a $15 Trillion vision for Indian economy in next two decades”.

“Indian Govt. and Indian state Govts. need to unplug all processes, procedures, regulations and red tapism, which creates hindrances in rapid economic growth, innovations and business value creation not only for Indian market but also for the global markets by aspirational Indian enterprises, entrepreneurs and professionals, as for $15T size GDP goal, Govts. in India and Indian corporations need to build a true Global vision which makes India as innovator to value creator to the supplier for the entire World” Sumant Parimal said further.

“For $15T economy vision, India need to graduate thousands of innovative startups from incubators to stock exchange listed successful corporations with true global vision of creating global brands out of it with potential of adding $50 Trillion of consolidate Market Capitalization in India’s kitty in next two decades.

For this many Indians need to take-up entrepreneurship route for building innovative businesses and adding extraordinary economic value to the country” Sumant Parimal added further. 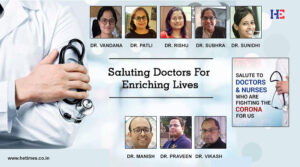 Anil Kumar to be new CPMG of Bihar...